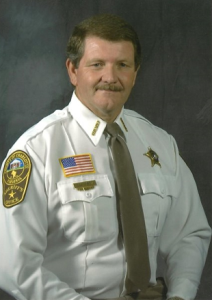 Sheriff Thomas D. Jones began his career at the Charlotte County Sheriff’s Office in 1981 as a jail officer.  He graduated the criminal justice academy basic jail school in 1982.  In 1983 he began working as a patrol officer and graduated basic law enforcement at the academy in 1983.

Sheriff Jones is a graduate of the FBI National Academy.  He was a member of the 146th Session.  In 1987 he was elected Sheriff of Charlotte County, taking office in January of 1988.

In January Sheriff Jones will begin his eighth term as the Sheriff of Charlotte County. 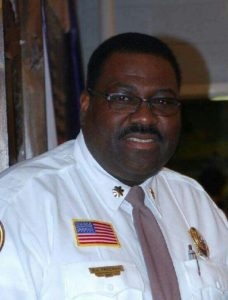 R.S. Freeman currently serves as Major at the Charlotte County Sheriff’s Office.  He began his career in 1988 as a Jailer, moving to Patrol Deputy in 1992.  He continued through the ranks of Sergeant, Lieutenant, and Captain.  Major Freeman is a graduate of SVCC and the Virginia Forensic Science Academy.  He is in charge of overseeing the daily operations of the Sheriff’s Office.

Due to recent changes in the Facebook API it is unfortunately no longer possible to display posts from Facebook Groups. Please see this page for more information.